The world’s population will grow up to 10 billion people till the year 2100. This means sustainability problems associated to food production. We will need more energy, water and land and the resources are limited apart of the environmental cost – we need Sustaintable Cooking for the Planet: bugs on a plate. 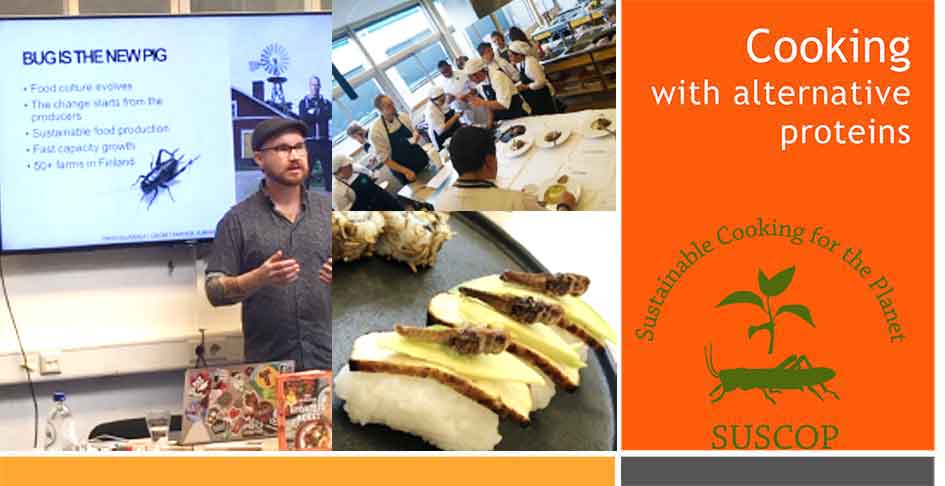 Finland Is a Forerunner in Sustainability

In the latest meeting of the project in Oct. 2029 in ROC Landstede in Harderwijk, The Netherlands, the students evaluated the recipes with insects and without insects provided by the teachers. So far, project working has showed that probably in our context, the plant-based food or insects are not necessary alternative proteins anymore and Finland is a forerunner in sustainability.